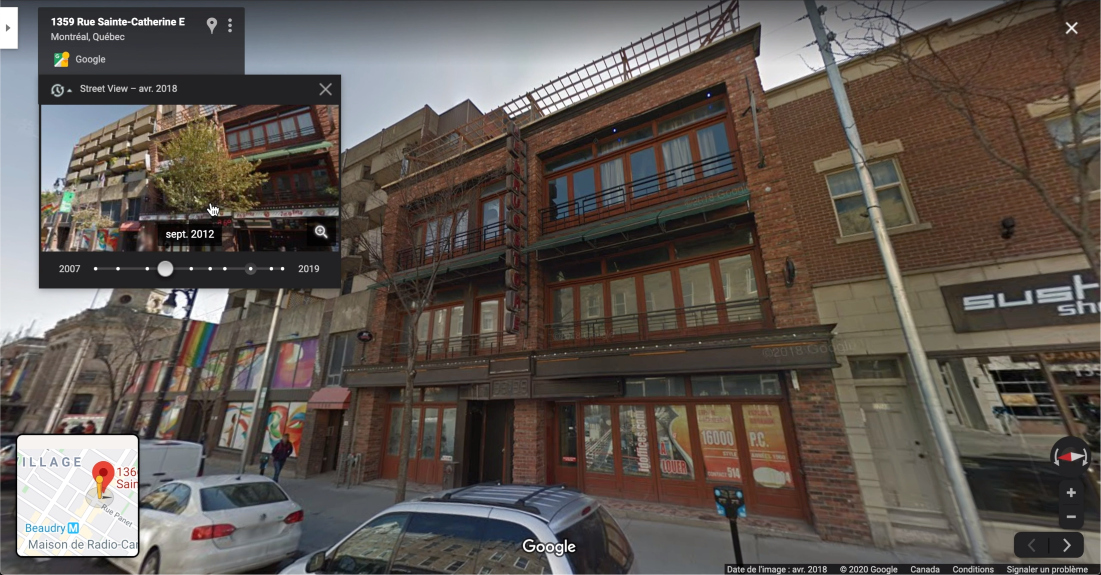 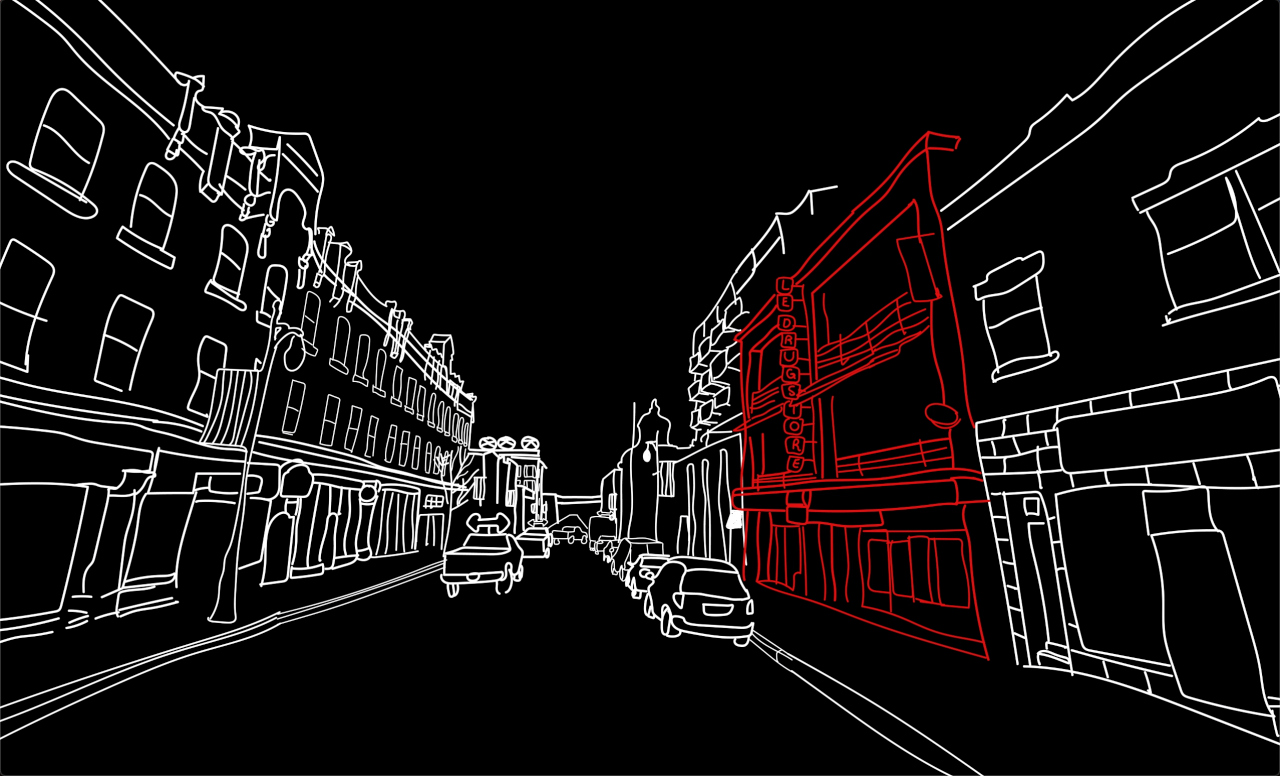 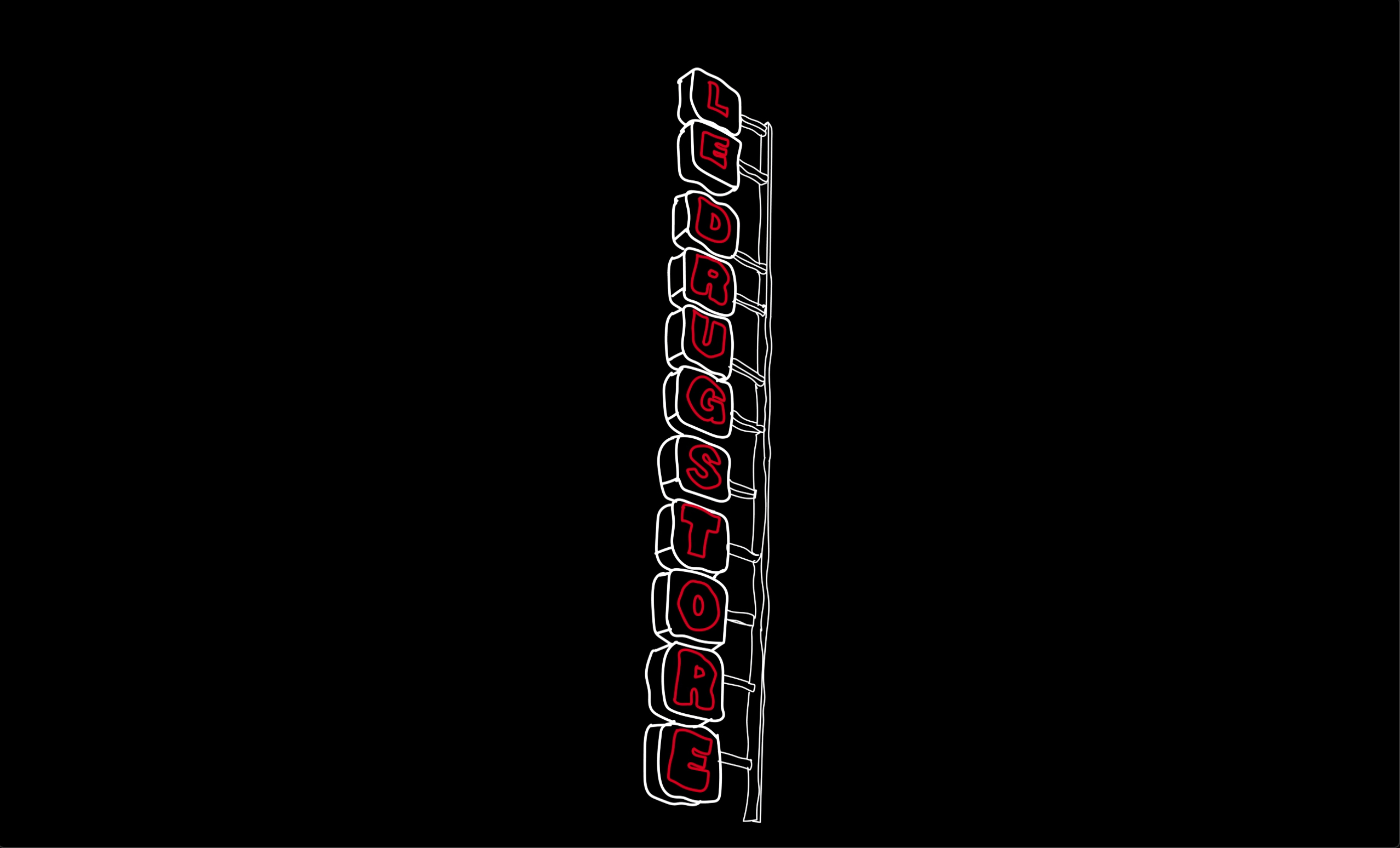 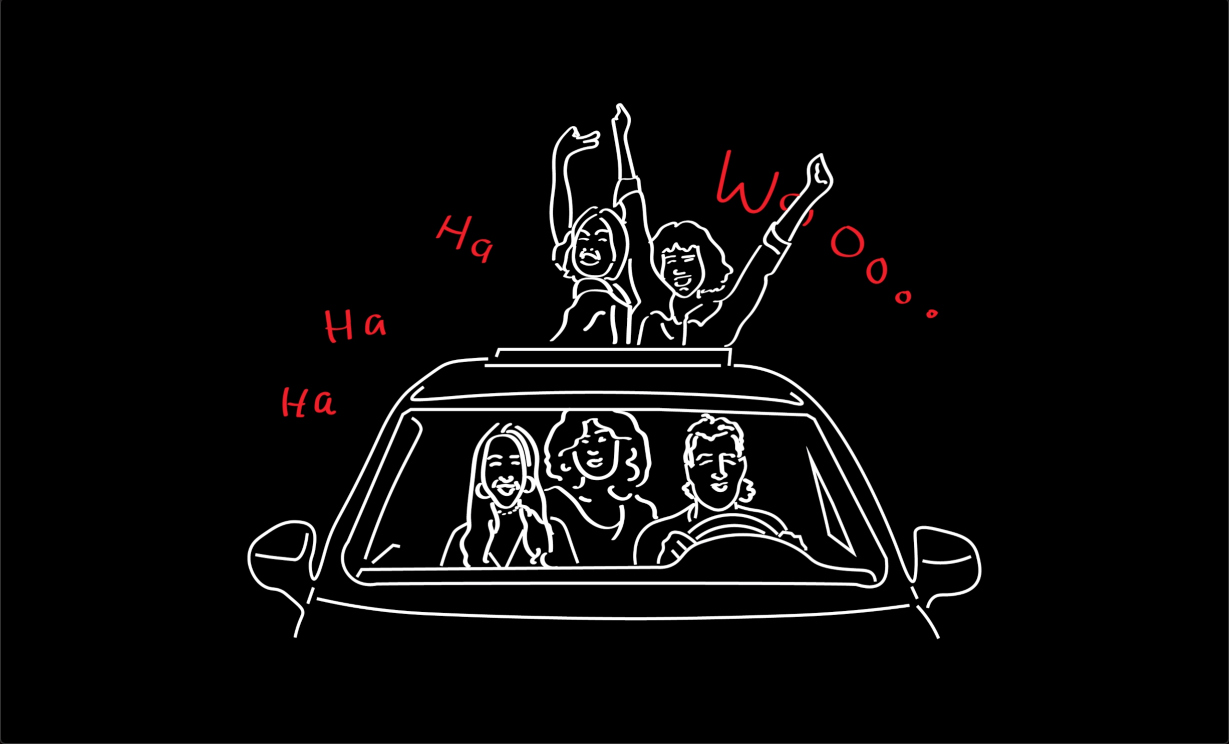 ​Through this research-creation project, we learned about the history of what is arguably considered a ‘landmark’ within the lesbian and queer community in Montreal: From its inception in the 1970s to its closing in the early 2010s, Le Drugstore went through myriad transformations as it remained a central part of LGBTQ+ nightlife and became the epicenter of lesbian visibility and community building in the city.

​We were particularly interested in the orality of history and how queer, and specifically lesbian heritages are archived and preserved in Montreal. We then chose to focus on the case study of Le Drugstore and use audio interviews as our main methodology for this project, in order to give a voice to members of the community who have experienced the space.

Le Drugstore takes the form of an immersive installation with two major elements; one main projection of animated illustrations, and a collection of soundscapes.

The main projector shows interpretations of scenes narrated by anonymous members of the community as they share stories and anecdotes of their time there. There are five different audio sources: two main speakers provide the main narrative of the piece, in which we hear personal testimonies of the interviewees sharing their thoughts and nostalgia of Le Drugstore, as well as four distinct speakers scattered throughout the room, each playing different layered and constructed soundscape of ambient sounds.

Tables were intentionally placed in the room and disco balls were hung from the ceiling, inviting the audience to exist within the piece as they experienced it.

Le Drugstore, then, aims to recreate the atmosphere of a ‘ghost bar’. A place that is not real and exists only in collective memory. It invites us to consider the future of queer spaces in a rapidly-gentrifying city and a community embracing identities defined beyond their sexuality.