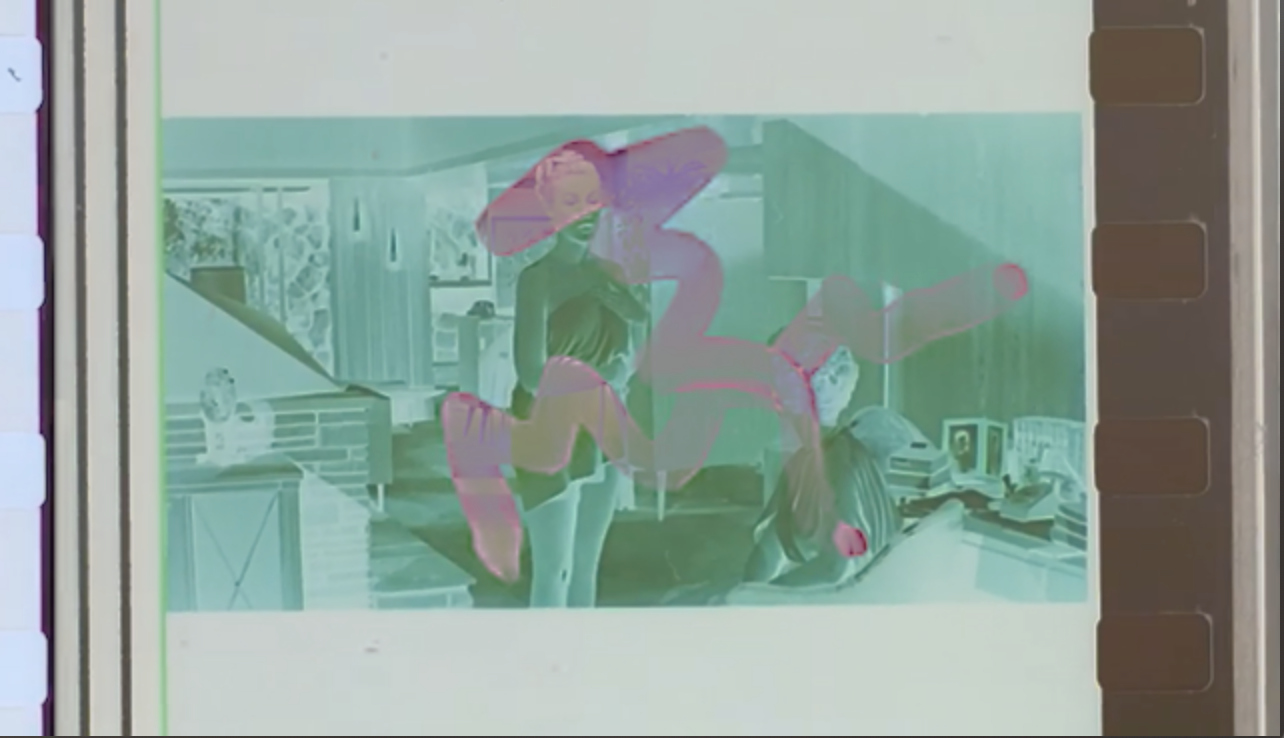 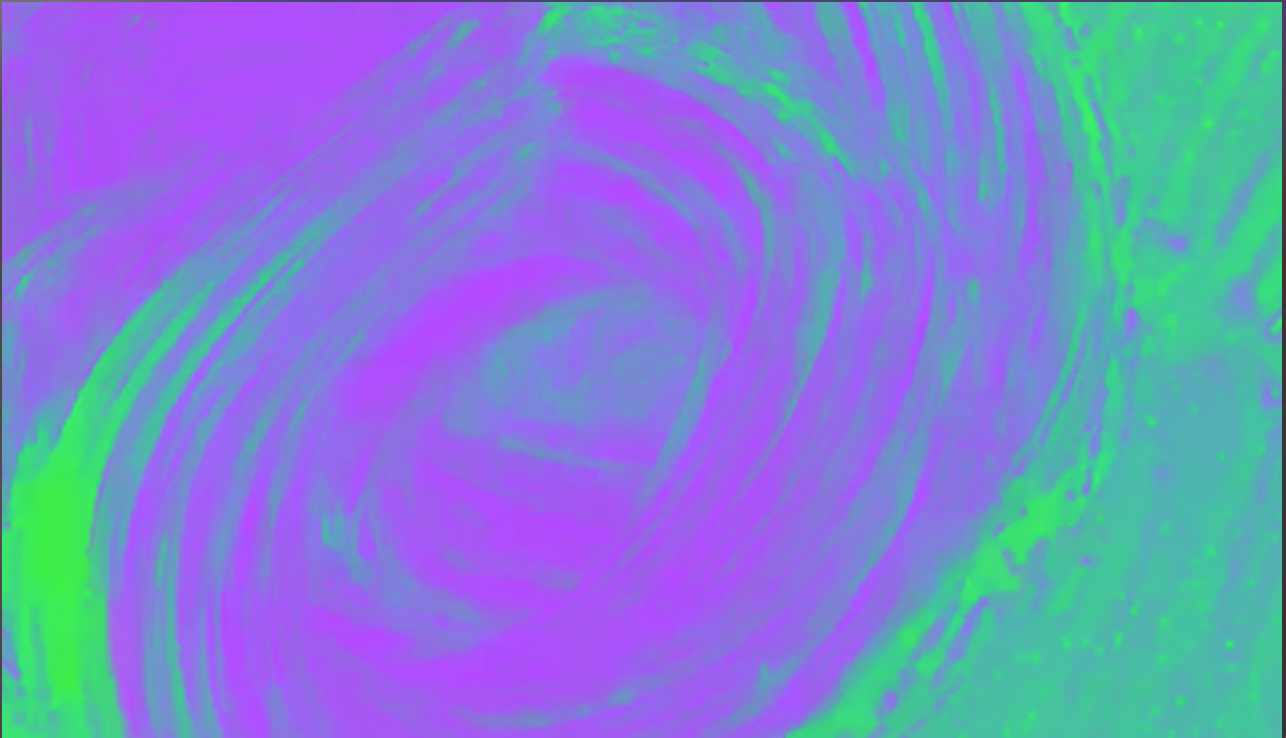 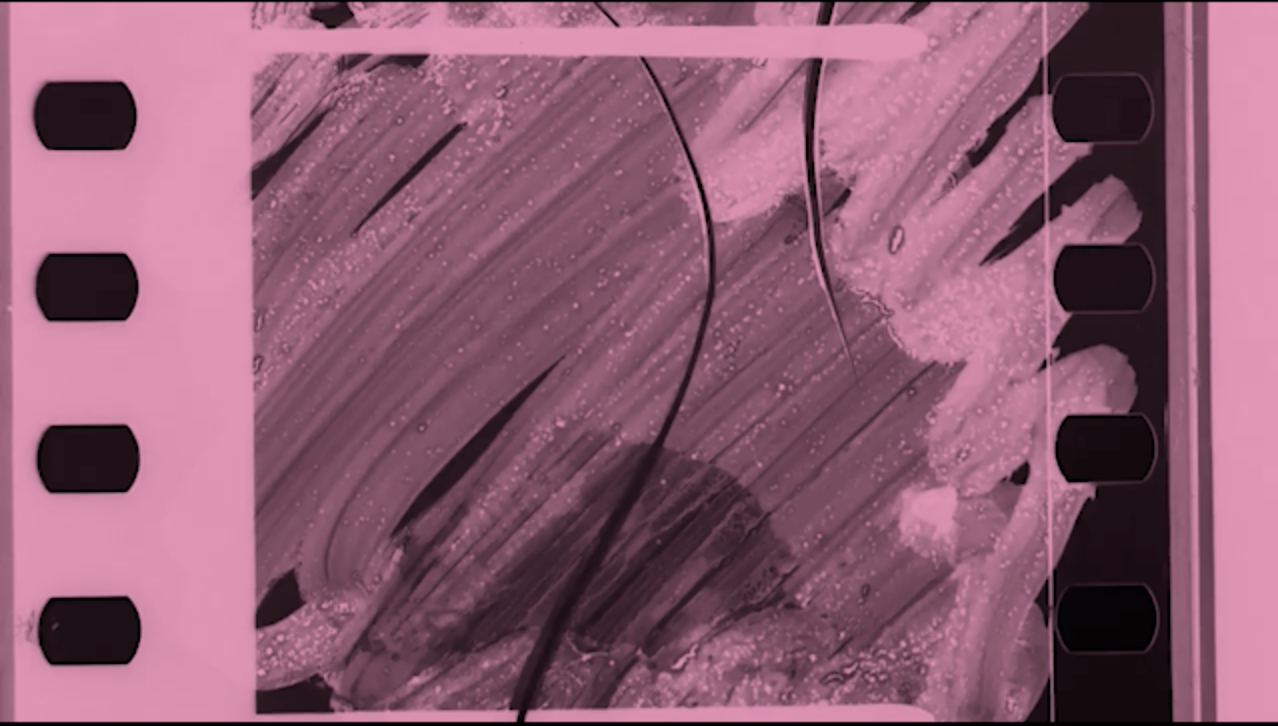 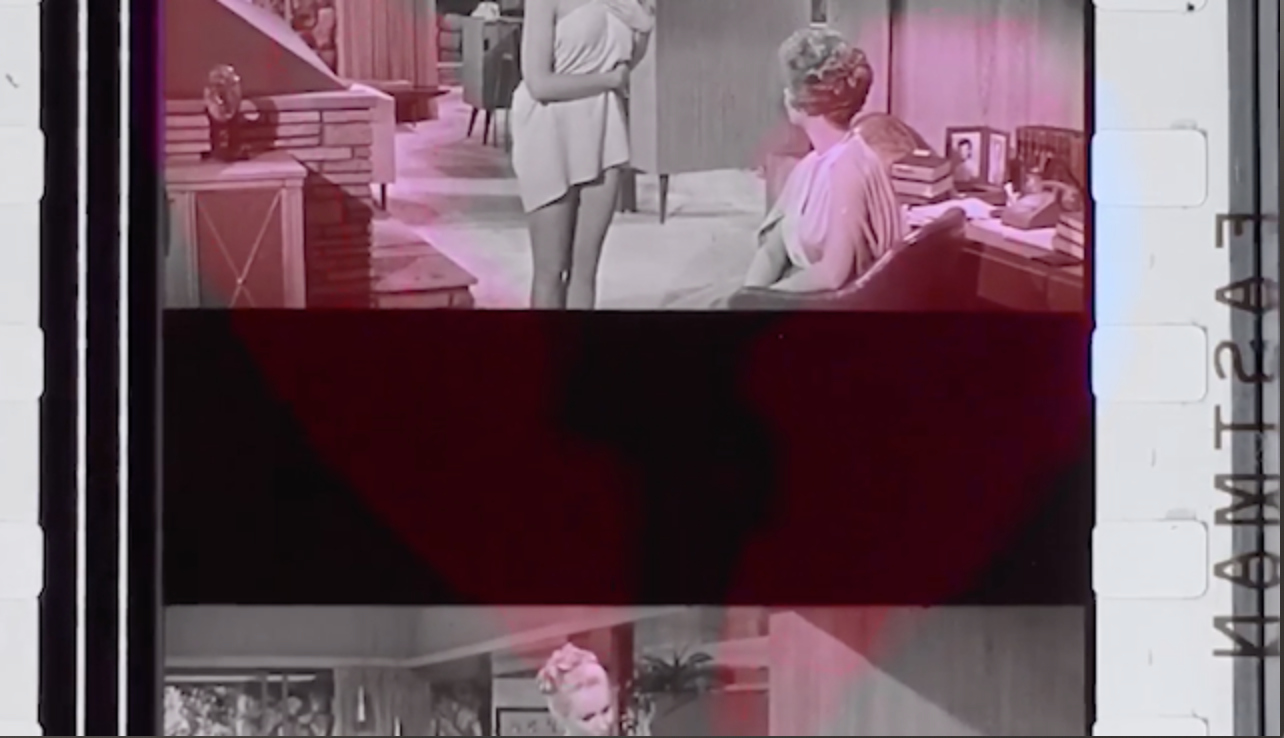 Spin and Splash is a poetic digital treatment of hand-drawn animations made on clear 35mm film and scenes from a recycled real of the 1961 movie The Marriage-Go-Round.

Commenting on the heteronormative plot lines and character development of 1960s American romantic comedies, this animation offers an alternate narrative, as it envisions a love story between two women.

​Spin and Splash is about longing and forbidden love. This queering of the protagonists’ storylines is interesting to put into context with this one-sentence synopsis of the movie: “A Swedish woman wants her American host to father her baby” (IMDb).

This piece can then be interpreted on multiple levels; as the tension between these two characters and on a broader scope, and as an invitation to consider the future of queer visibility and the representation in mainstream media of subversive and anti-normative characters.

← The Sound of Decay
Back